4 Life Lessons You Can Learn From Instagram’s $1 Billion Windfall!

Some years ago, two San Francisco-based web geeks looked at what Facebook’s photo-sharing system was lacking and decided that they’d fix it.

Kevin Systrom and Mike Krieger each became multi-millionaires one-hundred times over in April when their app Instagram was bought by Facebook for $1 billion.

Launched in October 2010, Instagram had 30 million users when it sold, building that base within 18 months. Within that same time frame, the developers never sought to incorporate advertising into their app, which was free to users. They had yet to monetize a cent out of their product.

What lessons are there for us in this case study?

Why are you starting a business? You’re obviously hoping to make money. The Instagram guys knew that with all the users they’d gathered, they’d eventually turn a profit.

Still, they weren’t willing to risk losing it all by compromising the user experience with marketing.

Instead, they focused on simplicity and usefulness. Because Instagram is so intuitive and the results are so striking, millions of people signed on. They never had to monetize — Facebook will do that for them, while the two developers enjoy the last years of their 20s (yes, their 20s) being delightfully filthy rich, all for building an app that they gave away to 30 million users for free.

Even while Instagram climbed the ranks, they were still far behind Facebook in the number of users sharing photos through the service. Facebook has nearing one billion users, meaning Instagram’s share was just a fraction.

Nonetheless, Facebook’s photo-sharing platform wasn’t perfect. It wasn’t easy to use on mobile devices, and it didn’t allow for in-app photo editing. Who wants to take a picture on their phone, edit it on their computer, and then post it?

Instagram simplified the process, creating a product that even professional photographers began to use for on-the-fly posts. Even Apple owes a huge debt of gratitude to Instagram for giving their powerful little in-phone camera serious street-cred with legitimate photographers.

Thanks to the purchase, Facebook picks up Instagram’s 30 million users (a majority of which, most likely, already have Facebook accounts). More importantly, they now own the indisputable best photo-sharing system available for mobile devices, combining their own network with direct posting from Instagram’s platform.

Lesson 3. Don’t Be a Stubborn Hold Out

Back in 2008, when Yahoo still held a sizeable share of the search engine market, Microsoft offered to buy it for $31 a share. Yahoo! famously declined the offer, to the misfortunes of stockholders who have seen the company dip as low as $11.09 in share value last fall. Of course, there are times when holding out is worthwhile. If your company is making a profit, the temptation of a buyout may be appealing, but your long-range prospects may be better if you build on your own. On the other hand, Instagram had no profits, and it’s doubtful that a bigger offer would have come along than Facebook’s $1 billion (which was made soon after Instagram was appraised at half of that). There’s no better example of how quickly prospects can fade than MySpace, whose decline from a $580 million company to a paltry $35 million sale last year mirrored Facebook’s rise. Gauge your company’s rise in popularity and its potential future, and don’t be afraid to sell when the getting is good.

Instagram succeeded because its final product was great. Once people tried it for the first time or saw the results of the app on a friend’s phone, they had to download it themselves. Earning instant user retention should be the top priority of any business owner. Whether you own a restaurant or a yoga studio, you want every customer to have a fantastic first experience. Instagram knew how to make a good first impression, and it spread like wildfire.

Do you think Instagram is worth $1 billion dollars? Is it smart to invest in a business without creating a model for generating profits?

Lead Funnel Simplified: 5 Easy Steps And You Are Done 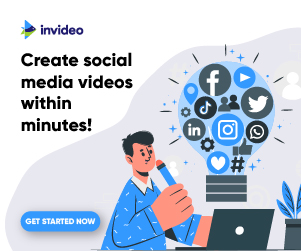 Enjoy this blog? Don't you spread the word :)